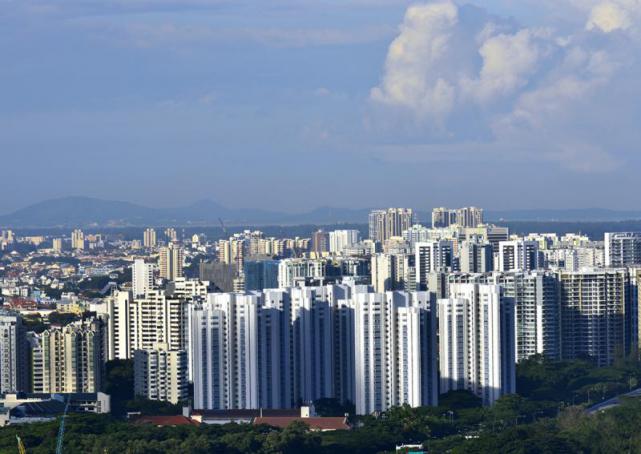 Singapore - DESPITE sluggish EC sales, the top bid for an executive condo site in the Hougang/Yio Chu Kang area has come in towards the high end of market expectations.

The 99-year leasehold site is not near any MRT station but is considered attractive as it is nestled in an established HDB estate, which provides a catchment of potential buyers for the future EC project, and is near amenities (including Hougang 1 mall). It is also a stone's throw from the popular Rosyth School, which runs the Gifted Education Programme.

Moreover, no EC sites have been released in Hougang in a long while.

When the plot was launched late last year, property consultants had predicted that the winning bid would be in the S$260-340 psf ppr range. They had also forecast that the site would receive five to 14 bids.

The target selling price will be close to S$800 psf on average, although actual pricing will depend on market conditions 15 months down the road when the project can be launched, she added.

"We're looking at a project of about 560 units, of which a majority of about 70 per cent will be three-bedroom apartments, followed by about 15 per cent of units that will be four-bedders. The rest of the units will have either two or five bedrooms."

"They do not reflect developers becoming more positive about the state of the EC market given the substantial stock of unsold as well as yet-to-be-launched ECs," he said. 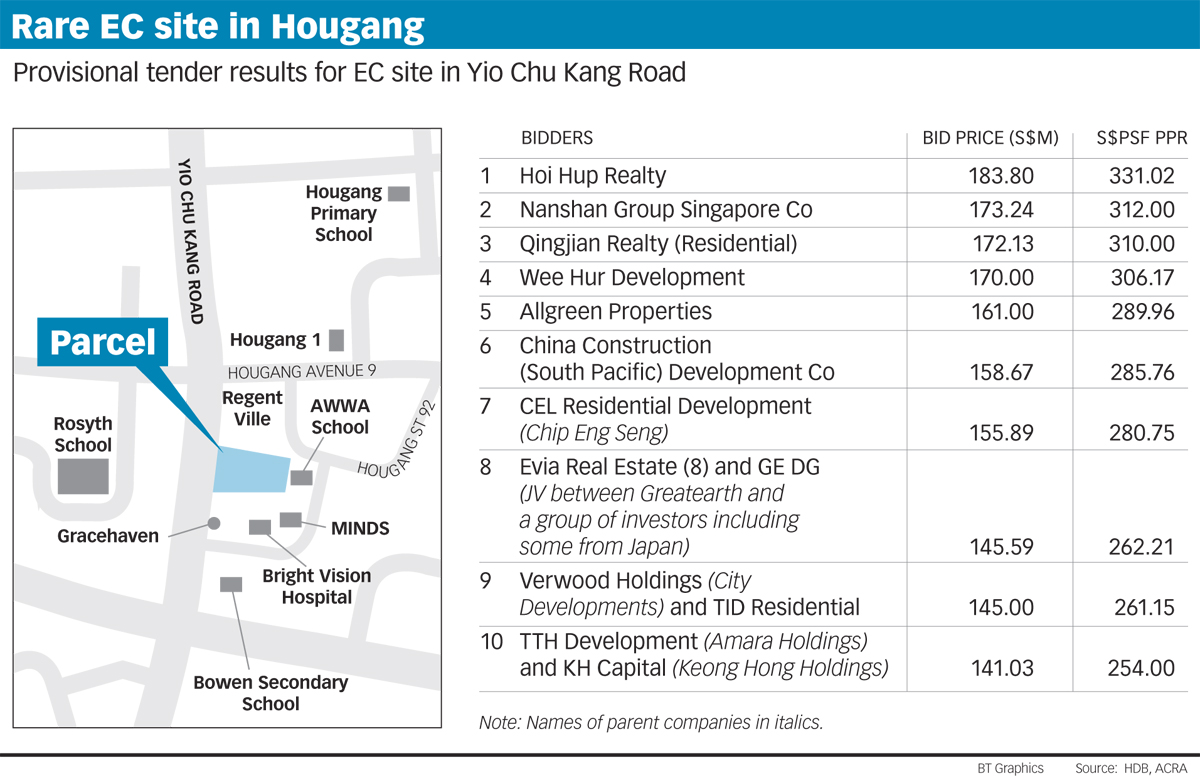 ECs are a public-private hybrid housing form with initial buyer eligibility and resale conditions that are completely lifted 10 years after an EC project has been completed.

JLL national director Ong Teck Hui pointed out that although the site is not next to an MRT station, it is a bus ride or short drive away from Serangoon Station and also enjoys good road connectivity with the Central Expressway within easy reach.

"Moreover, the absence of new EC supply in that area and the significant potential demand catchment from nearby HDB estates in Hougang, Serangoon and Ang Mo Kio would have encouraged bidders to view this site positively," he noted.

Desmond Sim, head of Singapore and South East Asia at CBRE Research, said: "The plot's proximity to Rosyth School gives developers further confidence that demand might stem from young couples planning to enrol their children in the school. This will contribute to the future project's selling points."

A market watcher noted the high participation rate at the tender by groups that are in construction - including Hoi Hup, Qingjian, China Construction, Chip Eng Seng, Keong Hong and Greatearth - reflecting their hunger for construction business.

"Moreover, the relatively bite size of this site - below S$200 million compared with last month's Siglap Road tender, where the winning bid was S$624 million - means the capital outlay is more affordable to a bigger pool of construction groups," he added.

Developers' sales of EC units have been hit by the introduction of a 30 per cent mortgage servicing ratio cap in December 2013 on buyers, although its impact took a while to sink in as developers continued to hold on to higher selling prices because of the high land prices they had paid.

Last year, three EC sites (in Sengkang, Woodlands and Choa Chu Kang) were sold at state tenders - all at prices below S$300 psf ppr, or an average of S$284 psf ppr. This was lower than the S$351 psf ppr average price for the 10 EC sites that were sold in 2014. 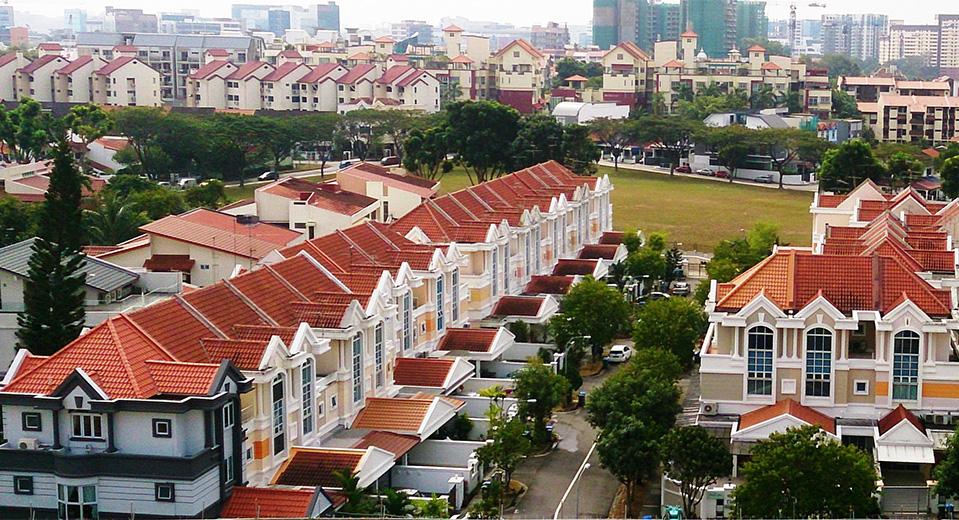 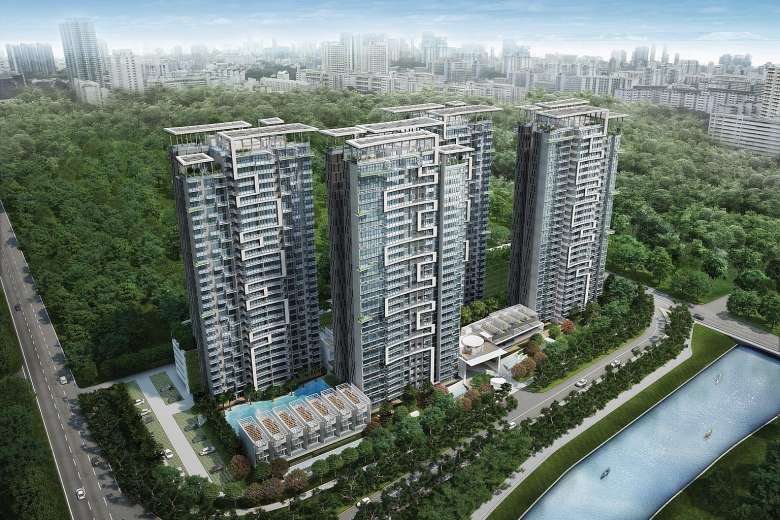